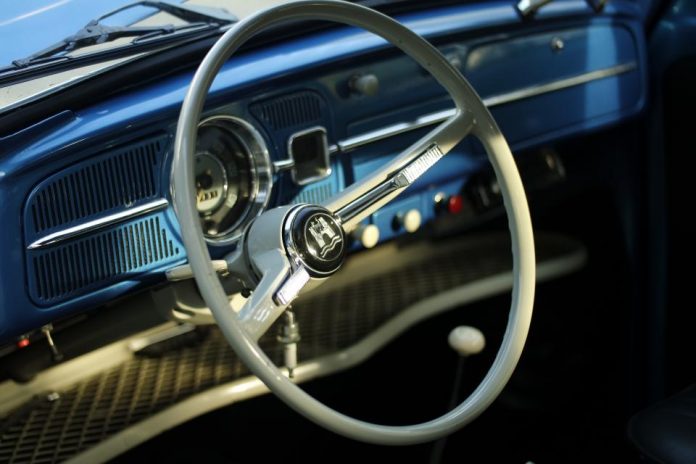 From driverless rides to built-in WIFI, here’s the lowdown on some of the coolest tech hitting the road

Let’s start with the most obvious. By now, most everyone is aware of the efforts over the past few years to bring driverless cars to the market, and in 2015, substantial progress was made, like Volvo and Mercedes Benz announcing production plans for autonomous vehicle prototypes. Because of the legal kinks that need to be worked out (liability is a big issue), it’ll probably be a few years before we can climb in the backseat and let the car do the work. Still, it’s cool to see how far automotive makers are able to go with the driverless ideas and tech, like at CES 2015 when BMW and Samsung seemingly traveled from the future, to tease us in the present, with their driverless car operated by a smartwatch. Taking advantage of the connected car opportunity, Android and Apple each released their own systems in 2015 to deliver seamless integration between smartphones and cars. Apple Carplay and Android Auto bring their respective smartphone dashboards to your car, allowing for easier navigation, messaging, and phone conversation.

The whole “internet” thing apparently has some staying power. With wireless access becoming available at your wrist and even in household appliances like your fridge, it’s only logical that the next step would be cars. GM set the standard here, as nearly all of their 2015 models come equipped with 4G LTE connection. Audi, Chrysler, and Ford have followed suit with their own line of car modelsfeaturing WIFI access. Digital gauge clusters have actually been around since the 70s, but due to their perceived unreliability compared to the traditional analog models, many car companies have stayed away from them. As technology has allowed the digital versions to become more dependable, though, we’re seeing more and more cars implement them—with some awesome results. The 2015 Audi TT, for instance, has a highly visual and customizable digital display that integrates the navigation, speedometer, fuel gauge, check engine, etc. all onto one sleek screen. GPS systems have always been a bit of a conundrum: though they ostensibly lead to better safety and easier navigation, the need to take your eyes off the road and their sometimes clumsy interface can have the opposite effect. Swiss startup Wayray may have found a solution with Navion, an augmented reality navigation system that displays holographic imagery on the windshield of a car. Turn-by-turn instructions, distance information, and speed tracking are all featured as part of the augmented display. The product’s already available for pre-order and is expected to be shipped worldwide in May 2016.

Valvoline does not endorse any of the products or manufacturers listed above. Use at your own risk.

Prior to using or installing any of these products always consult your vehicle’s owner’s manual for compatibility and warranty information.

How do I give a great tour?

How I Put Menu Planning on Auto-Pilot