Home Travel Things You Most Likely Do Not Know About Beijing, China 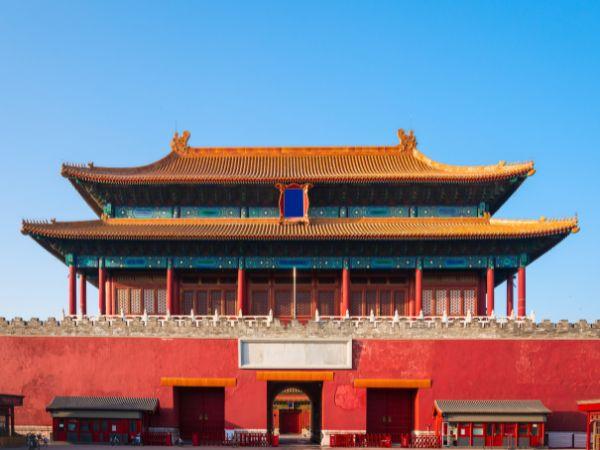 Beijing was previously known under the name Peking and is now The People’s Republic of China’s capital. As expected, it is also a huge destination for tourists from all around the world. Cathay Pacific and countless other airlines offer you the possibility to fly into Beijing from any destination imaginable.

The city dominates a large part of China’s northern area. And there is so much you can do in Beijing. So, if you plan a trip right now or you simply consider the destination, here are some important facts you should seriously think about.

Beijing Is A Very Old City

The history of Beijing is over 3,000 years old. This makes it 6 times older than the city of New York and around the same as London. It is even 10 times older than Australia’s Sydney. And what makes it even more interesting is that several historical sites are available, like the incredibly popular Forbidden City and the Great Wall.

We should also highlight that Beijing resides in one of the oldest areas that were inhabited in the world. There are fossils that showed homo erectus was present there up to 230,000 years ago, ever since 770,000 years ago. You can even see the fossils in Zhoukoudian at a heritage site.

Beijing Was A Capital Six Times

There are countless historical sites to visit in Beijing because the city was the capital of China for hundreds of years. It became a capital in:

The City Had Several Names In The Past

Beijing was the name chosen in 1403. Before that, it had several other names including Jicheng, Yanjing, Nanjing, Dadu, Beiping, and Zhongdu. What many do not know is that Beijing is actually the city’s sixteenth name.

There Are 7 UNESCO World Heritage Sites In Beijing

The rich and long history of Beijing made it possible to now see numerous cultural and historical heritage sites. This includes an impressive seven UNESCO sites:

Several tours are available for those interested in seeing them. And you can also organize your very own vacation, if this is what you want to do, of course.

Beijing Is A Huge Cultural Hub

In Beijing, you can find a pretty unique collection of arts, cuisine, architecture, and any other possible cultural facet you are interested in. Never book a culture tour without experiencing imperial architecture (what you see in the Forbidden City) and the hutong narrow lanes filled with courtyard traditional houses. Then, consider the Beijing opera and other performance arts, and never leave without experiencing Beijing cuisine.

Beijing Is Not The Largest City In China

Most tourists think this is the case but it is not. In fact, Beijing is the second-largest, with 22.5 million people living there. Shanghai is the city that is number one.

Make sure to properly plan your visit to the city because the traffic and the crowds often contest everything. And we are talking about a huge city, much bigger than most people expect to experience. Private tours can help but you might want to carefully plan everything alone if you want to make the most out of this city.

Beijing Is A Huge Gateway City

You should know that the Beijing International Airport is actually the second-busiest in the entire world. It is also the main exit and entry point into China. Fortunately, with such volumes, there is a 144 hours visa free policy so the city becomes an even more convenient destination for travelers. You can basically enjoy a vacation of almost one week without having to take out a visa if you come from one of the main 53 countries from the world. After reaching Beijing, you can easily travel by direct bullet train or plane to most of the major destinations China has to offer.

When Is The Best Time To Visit Beijing?

Whenever talking about temperatures in Beijing, we have to mention extremes. The highest temperature ever recorded was 42 degrees Celsius while the lowest one was -27 degrees Celsius. And the best time to visit the city is always when the weather is a little better, during spring or fall.

Months like November, October, May, and April are perfect. They are comfortable and the weather is nice. Also, try to avoid the main national holidays. These are tourist hotspots and make the city very crowded.

Air Quality Is Better Than Expected

If you have been following the news, you surely head that the pollution levels in Beijing are really high. It is thus completely normal to be concerned. The good news is that air quality is getting better and better. In the past few years, air pollution levels actually went down.

Statistics show us that if you stay in the city of Beijing for six days, it is just like you smoke a single cigarette. This is very good since we are talking about such a huge world city that is still developing.

Beijing is a city you have to experience to fully understand. And this is impossible in a weekend. There is so much to see and so much to do. The trick is always to prepare properly. You can take your Cathay Pacific flight and have a horrible time if you have no idea what to do and you do not understand the local customs. The tips above will surely help and there is much more to say. But, the trick is always to organize everything as much as you can. The more you plan, the easier it is to have the time of your life.

At the end of the day, Beijing is the city that can offer absolutely everything you want. You just need to be patient enough to look for it. Fortunately, the internet has everything you need to plan your next trip without any difficulty.

How to Find INSANELY Cheap Flights With POMELO Travel

Travel for Free-Tips to Make the Journey Cheaper

What is the difference between Travelling and traveling?

Visit The Holy City Of India With Varanasi Tours

3 Tips for Seeing Indianapolis on a Budget

4 POINTERS FOR TEACHING CHILDREN TO SKATE

How to Scan Beauty Product Labels for Animal-Derived Ingredients

The 50 Greatest Fashion Quotes of All Time

These are the 8 best social media tools for travel agents