Home Food How to Get Started With Sous Vide Cooking 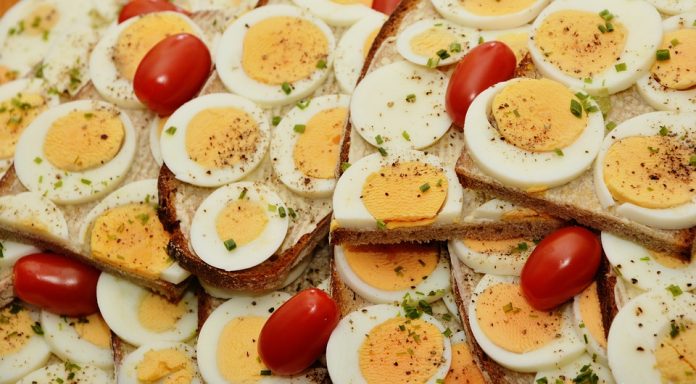 Let’s say that you were a good little boy or girl this past year (or maybe you’re just really good at faking it) and somebody slipped a brand-new sous vide cooker into your stocking. Problem is, you’ve never cooked sous vide before, and it’s unlike any kind of cooking you’ve done in the past. Where should you start? What should you cook first?

Here’s a simple, no-nonsense guide to the tools you’ll need and some basic foods and techniques that should be at the top of any first-time sous vide cook’s list. These are the dishes that will show you results beyond anything you’ve ever been able to achieve through more traditional cooking methods.

What Is Sous Vide (and Why Should I Care?)

The “sous vide” part of sous vide cooking refers to the vacuum-sealed bags that are often called for when you’re using the technique. (The French phrase literally means “under vacuum.”) However, these days, when someone says “sous vide cooking,” they’re generally referring to any kind of cooking that takes place in a precisely temperature-controlled water bath, whether you’re actually using a vacuum-sealed bag or not.

Sous vide cooking offers unparalleled control over whatever it is you are trying to cook, whether it’s steaks and chops, shrimp and lobster, vegetables, or even large cuts of meat like pork shoulders and legs of lamb. With fast-cooking foods, like steaks and chicken breasts, sous vide removes all the guesswork involved in traditional methods. No poking with a thermometer, no cutting and peeking, no jabbing with your finger—just perfect results every single time.

For meat like pork shoulder and ribs, which are far more forgiving of accidental overcooking and require less precise temperatures, sous vide has some less obvious benefits. But in any event, sous vide increases the flexibility of your schedule, allowing you to go about your day (or two days, as the case may be) with the circulator quietly heating away in the corner of the kitchen, slowly tenderizing a tough cut of meat, or holding your steak at a perfect medium-rare until it’s ready to be finished and served.

Sous vide can also allow you to get results and textures that are impossible to achieve using traditional cooking methods. Your steaks will come out of the bath cooked to your preferred temperature from edge to edge. For pork shoulder, sous vide cooking allows us to cook at temperatures that are significantly lower and more stable than those used in traditional methods, which means that we can achieve tender results with relatively little moisture loss. (You can even cook a chicken breast so that it’s rare or medium-rare and is entirely pasteurized and thus perfectly safe to eat, although I don’t recommend it.)

It doesn’t take much gear to get into sous vide cooking. In fact, with the beer-cooler sous vide hack I developed a few years ago, you can make any sous vide recipe with a cook time of around an hour or less using nothing more than a zipper-lock bag and a cooler. (If you haven’t tried it yet, this video might help you make up your mind.)

An immersion circulator is a device that you insert into a tub or pot of water. It draws water from the tub, heats it up to a precise temperature, then spits it back out, simultaneously heating and circulating the water. A good one will have single-degree precision and accuracy. There was a time when these devices cost thousands of dollars. These days, you can get a great one for under $200, putting it in the same ballpark as a high-quality Dutch oven or skillet.

I use the Anova Precision Cooker at home; it has a super-simple interface (set the temperature with the scroll wheel, and you’re ready to go) and nice connectivity features, and it’s made by a company with a strong track record for quality precision devices. Another good option is the Joule from the team at ChefSteps.

There’s another style of water oven out there with a fixed tub that you fill with water; the SousVide Supreme is the best known. I’m not a fan of these stand-alone units. They take up a lot of counter space, are not easy to fill or empty, and are less portable than the wand-style circulators. However, if you plan on cooking sous vide often enough that the idea of a dedicated countertop appliance doesn’t bug you, it might be the right choice.

While an immersion circulator can be used with any old pot, I strongly suggest using a Cambro container, small or large (or both), depending on what recipes you have your eye on to start with. Pots aren’t as ideal for sous vide as Cambros, as plastic is a better insulator. Also, a large plastic container is a great accessory to have if you ever plan on cooking for more than a few people at a time. With a 4.75-gallon Cambro, you have ample space to cook 10 steaks or chicken breasts for a dinner party, or up to five full racks of pork ribs.

Cast Iron Cooking: The Easy Pull-Apart Pepperoni Garlic Knots That Will Forever Change How You Entertain

11 Personal Finance Goals for Your 20s

The 50 Greatest Fashion Quotes of All Time