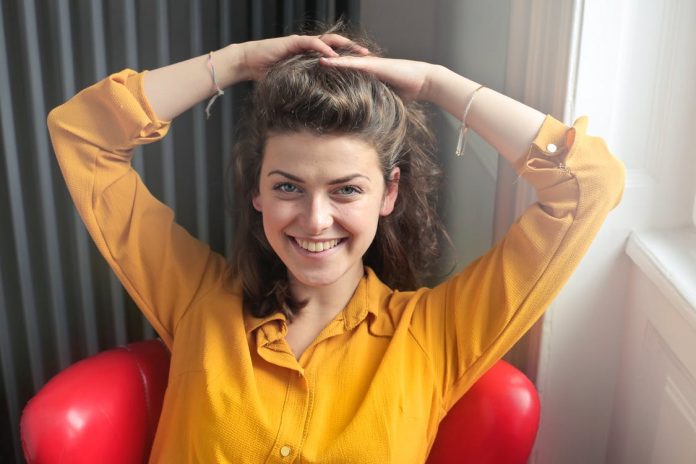 Four years after the Rana Plaza tragedy, a burgeoning collection of cool but ethical brands have launched to target the socially conscious young consumer. But there is still a long way to go

This week marks the fourth year since the Rana Plaza disaster, where 1,135 garment workers were killed, and thousands injured, when a building collapsed in Dhaka. Fashion Revolution Week was set up to mark the anniversary, when the myriad issues with fast fashion are much reported: the fossil fuels burned; the chemicals released; the landfill sites brimming with discarded clothes; the human cost of poor working conditions and pitiful wages. You don’t have to be a hardened environmental and social activist to realise this is an unbelievable mess. In a decade or two, we might look back at this period of mass consumption and wonder what on earth we were thinking.

That’s the hope anyway. Unravelling and remaking the entire clothing industry seems a daunting if not impossible task, but there are signs that a younger generation of consumers will demand something different, and a wealth of new brands are offering it. Sustainable clothing is, finally, being seen as a desirable option, with a smattering of cool brands rejuvenating the market. And a sprinkling of young celebrities championing it – perhaps most notably Emma Watson, who recently set up an Instagram account to document her eco-friendly fashion looks.

One brand, Reformation, has been heralded by Vogue, has more than 640,000 Instagram followers and its many fans include Taylor Swift and Alexa Chung. Yael Aflalo set up the ethical clothing company after a trip to China where she was shocked by the amount of pollution that textile and clothing manufacturing was causing. At the time, she says, people thought “I was crazy – there were basically no options for sustainable clothes that were actually cute.”

Now, Aflalo says, there are a few more, “but it’s still a lot of organic cotton tees and less options for things outside the basics. We want to continue to shift the thinking of what sustainable clothing can be, with everything from dresses and wedding styles to our new categories like jeans and swimwear.”

Other brands include Veja, which uses fair-trade rubber and organic cotton for its sneakers, vegan accessories from Matt & Nat and beautiful clothes by New York-based label Tome. Online boutiques such as Gather & See and Reve en Vert collect ethical brands in one place, as do bricks-and-mortar stores such as London’s The Keep and 69B. The company Nobody’s Child dye their own fabrics in the UK, own their own factories – and their prices are low enough to entice younger consumers. But their fabrics would not be considered sustainable – which goes to show that even within “ethical” fashion, few companies are perfect.

Birdsong is a British brand whose clothing is made by women’s organisations, including knitwear made at a day centre for older women, and garments produced by highly-skilled migrant seamstresses at a factory in London. Their clothes are traceable – the name of the woman who made the garment is on the label.

She is optimistic that ethical fashion is starting to boom. “We’ve seen so many new brands in the past couple of years that have really spot-on branding and marketing, and really good messages.” We have seen it with food, she points out – that people increasingly want to know where their food has come from and how it was made – but fashion still lags behind.

“Young consumers are driving this shift in attitudes,” says Alice Goody, retail analyst for Mintel. “44% of younger millennials – the 17-26 age range – said they would like to see more eco-friendly fabrics used in clothes.” In comparison, just 34% of Generation X and 30% of baby boomers said it was important to them. But we shouldn’t be too optimistic just yet – good intentions don’t always translate to ethical choices. Even for young women, sustainability was still a low priority – Mintel found 80% mainly looked for low prices.

Ethical and sustainable fashion will increase, says Goody, but “it will be difficult for it to make a massive impact”. There are signs people are buying less but buying better – Mintel found this was true for 69% of women aged 25-44 – but even so, saving up for a piece from, say, Stella McCartney – however beautiful and ethically-made – is beyond the budgets of most people.

It seems unthinkable that cheap, mass-produced high street fashion will disappear. But something has to give. “Sustainability or responsible innovation is by far the biggest trend in the industry right now,” says Eva Kruse, chief executive of Global Fashion Agenda, which organises the Copenhagen Fashion Summit, being held next month to bring together executives to talk about sustainability in the industry. “And it’s not a philanthropic quest – this is a business development.”

Companies are well aware of the costs of materials and how that might rise in a time of scarcer resources, she says. They will be looking “at how we use less water, less natural resources, improve living conditions around the world for those who work in our industry. Because all of that will benefit the bottom line.”

So you find giants such as H&M, Mango and Zara launching sustainable collections, and Asos having an “eco” edit. You could view it as a step in the right direction, or cynical greenwashing – insignificant next to the huge weight of unsustainable garments companies churns out every year.

“What we are doing within the sustainable fashion movement is allowing fast fashion brands to dictate the scope and terms of play,” says Lucy Siegle, the journalist and writer of To Die For: Is Fashion Wearing Out The World? “And that’s not acceptable because we’re not getting any movement on pivotal issues [such as a living wage for workers]. While we keep having league tables about which brand is the most transparent, and apps to help you rate and aggregrate all of these complex initiatives, we’re avoiding the main issue, which is that fast fashion is undeniably problematic.”

For Siegle, the idea that the global fashion companies are leading some huge change is phony. “Where does that even come from? It’s not true. And this idea that we can’t get dressed without them. Really? We used to.”

The recent introduction of cheap, fast fashion, she says, “shows no signs of releasing its stranglehold on the fashion industry, or of bringing substantively better lives for garment workers.” Rather: “all the signs are pointing to brands trying to speed up production and get it to market quicker, because that’s where the money is. It’s not a rosy outlook. I think we need some very serious strategic action to get results.”

For Siegle, a few of us shopping in a slightly more thoughtful way on the high street will not change much. Her strategies as a campaigner are radical and systematic: she is working with lawyers to find a legal remedy to improve garment workers’ lives.

Still, younger customers’ burgeoning interest in ethical issues – and the breadth of cool niche brands launching to meet that demand – offers a tiny chink of light. “I think modern, and generally younger shoppers, are more conscious and want to know more about where their products are coming from,” says Aflalo. “People are actively looking to make a change. They want to know more about the “how” and the “who” behind the clothes they wear – to understand the story behind their clothes.”

Torre del Mar: What to do and Places to Visit

5 Beauty Products You Should Try In 2018