Home Fashion The Top Trends of Fall 2018: The Women’s and Men’s Edition 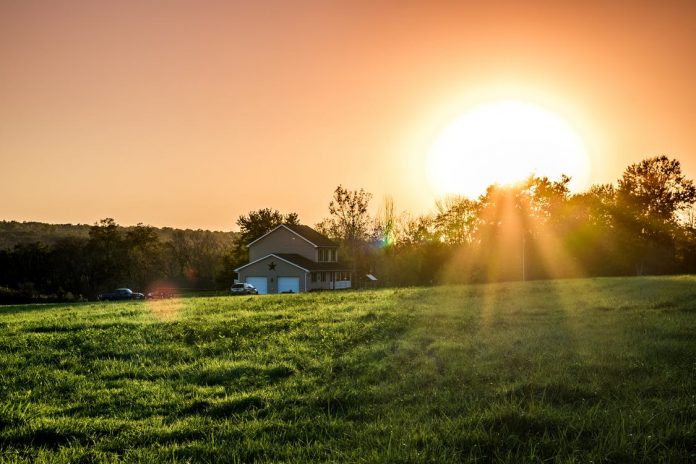 If there’s one overarching message from the Fall 2018 shows, it’s that fashion is changing. Menswear and womenswear are being presented together on the runways, brands are questioning the very notion of seasons (hello, Moncler), and the designer revolving door keeps spinning. Just as we were taking our seats at Chloé in Paris, we learned that Riccardo Tisci is in at Burberry, and later we found out that Virgil Abloh was in at Louis Vuitton men’s.

But the world is changing, too, and it’s doing so at an arresting clip. Time’s Up, #MeToo, Everytown for Gun Safety, NeverAgain, Black Lives Matter, Planned Parenthood, the ACLU, and many more activist organizations are dominating conversations in America and abroad. Fashion can’t ignore the world around it, especially when people of all strokes are becoming more and more inspired to use their appearances as a form of visual protest—from the black dresses at the Golden Globes to the orange bandannas of Everytown.

So, what to do on the runways? In many ways, this season seemed to be one less about the actuality of a garment and more about the person inside it. Do you need to feel safe? Try a shaggy faux fur from Givenchy or some reflective gear in radioactive colors from Prada. Are you desperately trying to stay optimistic? A shimmery, jingly dress from Paco Rabanne or a bold flashback to the better-days ’80s by Tom Ford could do the trick. Unity was represented by a team spirit at Versace, while the freedom and potential of the American West was evoked at Calvin Klein and Coach.

In the end, though, the season’s most arresting trend might be the most obvious. Or maybe essential is a better word, with designers taking up the call for a new practicality. You could call it the Philo effect, but that would be doing a disservice to labels like Lemaire and The Row, which have been peddling this kind of luxurious nonchalance for years. When everything’s gone haywire, don’t you just want a coat that makes you feel strong, a dress that lets you feel powerfully sexy, or a shirt that turns up your mood to 11, no bells or whistles attached? The luxury of the everyday can be solace in “time’s like these.”

To Protect and Serve

Utilitarian tropes, from outdoorsy gorpcore to camouflage, have been permeating fashion for some time, but this was the season that protective garments really took hold. At Prada, that meant a rethink of the brand’s signature nylon and a wild use of neon, reflective colors. Junya Watanabe, Gosha Rubchinskiy, and Maison Margiela all got in on the action too. The message: safety first.

With Queen Elizabeth watching from the front row, Richard Quinn morphed one of Her Majesty’s most beloved accessories—the simple scarf—into absolutely fabulous dresses and outerwear. But the repurposing of the staid kerchief didn’t end there: Tory Burch, JW Anderson, and Marine Serre built entire outfits on printed silk squares.

Westernwear has been the crux of Raf Simons’s message at Calvin Klein since he arrived at the U.S. label, but prairie separates were spotted at Dries Van Noten, Bode, and Coach 1941 too. Perhaps designers are inspired by the self-sufficiency of pioneer women. Or maybe they’re taken with the moment that America became something more than a set of geographic limits. Or, hey, maybe everyone’s just really into Westworld.

Simple sequins just don’t cut it anymore. Julien Dossena put together an awesome, aural collection for Paco Rabanne, which combined high-shine dresses with a twinkly auditory experience. At Balmain, you could hear the whir of paillettes, and at Thom Browne, the clinky shhhhh of chain mail. Even the guys got in on it with Palomo Spain’s linked-metal dress. Here’s to fashion that sounds as good as it looks.

In Awe of the Size of These Lads

Which came first, the absolute unit meme or enormous fashion? Debate that while you wrap yourself up in Balenciaga’s multilayered coats or Comme des Garçons’s mille-feuille frock. As comical as some of these supersize garments might look, they’re not just a Joey Tribbiani on Friends proposition. Fashion that takes up space has political and social undertones—living large has its advantages.

This was the season of the shaggy statement coat, one that feels like a hug and looks like you borrowed it from the band. Faux, like Clare Waight Keller’s at Givenchy, or real, a bold topper will be an essential layer between you and the world next winter.

Berets, fedoras, and beanies have each had their moment in the sun—this season, it’s all about the balaclava. At Alexander Wang and Balenciaga, the head wrap had a sinister appeal; at Versace and Valentino, it hearkened back to screen sirens of the ’40s and ’50s; and at Calvin Klein and Chanel it acted as a protective barrier against the elements. The most radical proposition came from (who else?) Jeremy Scott, whose Moschino men wore masks pulled straight from erotica.

Logo mania has given way to a graphic movement with heart, and nobody exhibited more team spirit than Donatella. Give us a V-E-R-S-A-C-E!

A surefire way to stand out—either from the crowd or in a dangerous place—neon was all over the runways. It was utilitarian at Louis Vuitton men’s, fanciful at Prada women’s, and pure fun at Brandon Maxwell, which cut a traditional gown in a particularly vibrant shade of electric yellow. America’s new sweetheart, Tiffany Haddish, wore one of Maxwell’s Fall frocks to the Vanity Fair Oscar party. Expect more to follow in her wake.

How are cars recycled?

Devin Nunes is under investigation for potential campaign finance violations